In this article you will learn everything you need to know about radio remote control systems.

Before we talk about how they can benefit you, you should understand how these remote controls work.

How Do Radio Remote Controls Work?

They function via a transmitter and a receiver.

The transmitter in the controller sends a data packet after a button is pressed, a joystick is moved, or switch is flipped.

Depending on what the data packet says, the receiver will put some action into place.

The data packet is sent via a radio frequency that is usually around 433 MHz (this is a common operating frequency).

The frequency that your remote control operates at is really important.

You don’t want to be operating at a frequency that could receive interference from any other device.

Interference was a major issue for radio remote controls when they were first integrated into overhead crane systems.

Thankfully all of those issues have been taken care of, so it is now standard that these remotes operate on a safe and specific frequency.

Some devices will also be equipped with a unique code and key so that specific transmitter will only work with that specific receiver.

What Can Be Controlled By Radio Remote Control Systems?

Pretty much anything from your TV to large overhead cranes can be controlled using the same kind of radio remote control technology.

These often come in differently packaged products (i.e. your tv remote looks nothing like a crane remote controller), but the principle of control is the same.

At  PWI we focus on operating large overhead cranes with remote controls, which allows workers to operate wirelessly.

As mentioned earlier, these systems had their share of kinks to work out when they first came to overhead crane systems.

But in the almost 30 years that overhead crane radio controls have been around, those issues have been taken care of and there have been many improvements made.

In the early days these systems were expensive, but modern systems are incredibly affordable.

While pendant systems are safe for most manufacturers, radio remote control systems are even safer, and sometimes necessary to avoid hazards like fumes, heat, and radiation.

Remote systems allow for the operator to stand far back from the crane, and can cut down on their exposure to harsh work environments.

The operator can also get a better vantage point when performing lifts, which further increases the safety of operation for them and the rest of the factory.

The increased visibility also means that instead of teams of two or three people, you can have just one operator controlling the lift.

It is no surprise that modern remote control systems are built to provide ample amounts of information.

A lot of these systems can provide service techs with information like diagnostics or fault codes, runtime usage, number of picks or hooks made, and even the weight on the hook.

All of this information makes it easier to track the efficiency of your factory and to perform regular maintenance on your cranes.

Are There Any Disadvantages To Radio Remote Controls?

Any disadvantages that come with radio remote controls are mainly dependent on the type of crane they’re paired with.

For cranes that are rarely used, such as class A and class B cranes, radio remote controls may not be the best option because they rely on rechargeable batteries.

So if you don’t use your crane often, your remote control batteries will probably not be charged when you need them.

But if you use your crane frequently and keep your remote charged, there’s no downside.

One other thing to keep in mind is that the handheld device is more susceptible to wear and tear or damage.

A lot of remotes have lanyard accessories that can hook to a workers belt, making them impossible to drop.

And the remotes themselves are typically made from hard plastic and rubber to withstand the occasional fall.

There are also protective pouches and cases that protect from debris and dropping.

Overall, the disadvantages outweigh any pendant alternative in terms of safety and versatility.

Which Radio Remote Control Systems Do We Recommend?

There have been numerous improvements to radio remote controls over the years, but some brands stand out more than others.

The one brand that PWI has paired with our cranes for years is InMotion Controls.

The remote controls are very customizable to whatever our customer’s needs are, and they are incredibly robust which makes them perfect for manufacturing environments.

They are also very lightweight and take up a small amount of space, which makes the receivers very easy to install (we like that a lot).

For a breakdown of the different models InMotion Controls offers, click here.

Radio remote control systems have had a big impact on increasing efficiency and safety for overhead cranes.

Knowing the advantages of remote control systems and how they work is not too difficult.

Knowing what kind of remote control system would make your overhead crane more safe and efficient can be a little more difficult.

Rather than sifting through hundreds of possible options that may or may not be right for you, I would recommend giving us a call here at PWI.

A lot of our customers want overhead cranes with a remote control system so we have plenty of experience providing these systems for many different kinds of businesses. 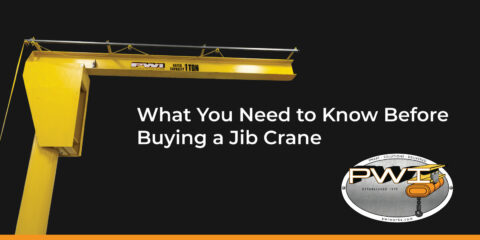 What You Need to Know Before Buying a Jib Crane 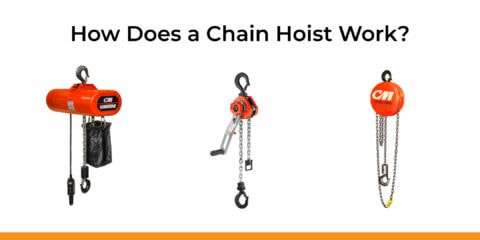 How Does a Chain Hoist Work?

How Often Should Overhead Cranes Be Inspected 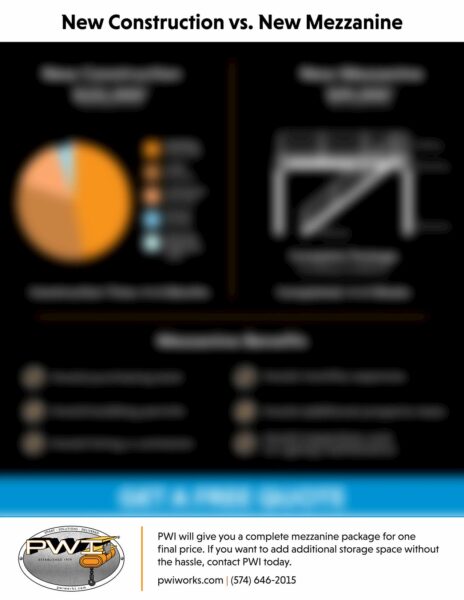